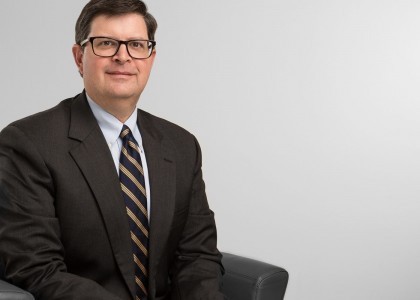 Construction lending was widely viewed as a strong contributing factor to the 2008 financial crisis and many banking failures.  In the aftermath, regulators imposed new capital and reserve requirements on bank lenders, including a complex set of rules relating to high volatility commercial real estate (“HVCRE”).  As can be expected, since the introduction of these regulations, construction lending has fallen off dramatically, from approximately 7.3% of total loans in 2009 to 2.7% as of the end of the first quarter of 2017.

An example of the chilling effect these regulations can have on lending is the 150% risk weighting to HVCRE loans, meaning that a lender must reserve $1.50 in capital for every dollar of HVCRE loans made. Another example is HVCRE loans are also subject to a 15% equity requirement, which stipulates the borrower inject the first 15% of equity into the project and prohibiting the borrower from recovery of that equity so long as the loan is classified as HVCRE.

The regulatory definition of HVCRE loans also casts a wide net.  These loans are generally all real estate secured acquisition, development and construction loans (“ADC”).  They only loose HVCRE status when the ADC phase ends and the loan converts to permanent financing.  While some loans are easy to qualify as HVCRE loans, the definition captures many other loans that do not share the risky characteristics of a true ADC loan.

On April 26, Representative Robert Pittenger of North Carolina (R-NC) and Representative David Scott (D-GA) introduced HB 2148 with the short (if unexciting) title of the “Clarifying Commercial Real Estate Loans” act.  This bipartisan bill would clarify the definition of HVCRE and make it easier for lenders to reclassify what once was an HVCRE loan into a non-HVCRE loan.  While the bill does not change the current 150% risk rating for HVCRE assets, the bill seeks to exempt certain types of self-supporting commercial projects from HVCRE status.  So, a loan made to acquire a commercial project that is mostly tenant occupied but includes improvement or construction money as well would no longer be HVCRE if the project was self-supporting, meaning it is generating sufficient rental income to support debt service and property expenses.  In addition, the bill would allow HVCRE loans to be reclassified by lenders as regular, non-HVCRE loans when this internal support test is met during the term of a loan.  The bill also addresses the 15% borrower equity requirement clarifying how contributed real estate will be valued.  Currently, only the purchase price of any contributed land – as opposed to the land value – can be used as borrower contributed equity.  The bill clarifies that the full appraised value of the land can be counted toward the borrower’s 15% equity injection.